skip to main | skip to sidebar

Prainha - The Most Beautiful Beach in the World

We have a little bit of a cross post because while Grover was typing his last post on *ahem* my computer, I was writing mine by hand while drinking Brahmas like Spider drinks the community water in our apartment, i.e. guzzling.

Prainha, or "Little Beach," is the most beautiful beach in the world, and a short drive from where we are staying in Barra Da Tiuca. Our first trip there on a Saturday afternoon brought us past spectacular beachfront. When traffic started backing up, and the cab meter continued to run, we considered just stopping and ditching Prainha altogether, but indecisiveness won out, and when we eventually rounded the bend on a narrow, two-lane road, there was no question that we had arrived. Everyone in the cab, including the driver, muttered things like, "Wow," "Ohhhhhhhh," and "Polla" (poe-HA) under our breaths. The beach is nestled snugly in the loving arms of a lush and mountainous region. The waves come in regular sets breaking on a sandbar in the backdrop of a rocky cliff.

Just off the beach, there are a couple of places to sit and relax with a fresh coconut, the tops of which are hacked off with machetes, a hole bored into the top, and straw inserted. It is nature's Gatoraid sold for about $1 USD. Surfboard rentals are reasonably priced and rented by men who are a little too quick to laugh, even by Carioca standards, and have bloodshot eyes and move in a languor reminiscent of the hookah-smoking Caterpillar. 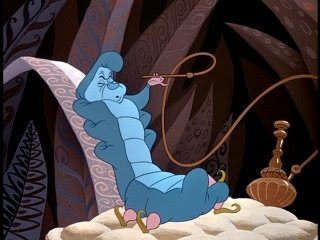 The sand was so clean compared to Los Angeles, and my drying swimsuit did not smell like raw sewage, which takes a while to get used to. The men and women of Rio are widely regarded as the most beautiful (and exhibitionistic) people in the world. Confirmed.

The only thing I can imagine improving upon would be little monkey butlers in red velvet suits serving the coconuts, and a sign at the entrance reading "NO ERWINS ALLOWED."

That first day we headed to the beach, people who shall remain nameless, but whose names rhyme with "Lider Guard" and "Swimmy," were unable to be coaxed away from their gorging on like ten gallons of Acai, and so we didn't arrive until late afternoon, but we knew we would return as we watched the low winter sun drop below the surrounding mountains.

On our second trip, we were joined by Gerson, his wife, and their baby daughter Sophia. Chimmy joined us after serving a time out and loss of privileges for neglecting his chores (Bad Chimmy! Very bad Chimmy!). Spider stayed home as he is originally from Hawaii and couldn't stand that Prainha was more beautiful than the spits of sand they call beaches in our 50th state. I endeavored to drag everyone out of bed early (at 9:30am) and we arrived something like two hours later due to many unforeseen circumstances. (A quick aside - Like a lot of developing countries in the world, it seems to take an awfully long time to do awfully simple things, and this was compounded by seven people with competing interests, and one of us needing to be breast-fed. If we had only been here a week, we'd be going nuts. Thankfully, we've had time to get to do just about everything we wanted to do)

Chimmy, Grover and I grabbed a few surfboards and paddled out. Chimmy defied the laws of physics, Grover caught some great rides, and I repeatedly stood up early and fell off. Much like fishing without bait, or playing golf without keeping score, some activities are deeply fulfilling without tracking a metric for success, such as number of waves ridden (0), or number of failed attempts (10-15), or number of times small children pointed and laughed (countless), and as such I promise you I emerged from the water as Chimmy (who is some kind of man-boy favored by the gods and given the power to ride the ocean like Poseidon) with a sense of spiritual fulfillment. The day was too perfect, and when our host family suggested leaving, we used "Gerson's Law" to our advantage, and ordered some food at a rustic beach side restaurant before they could refuse.

We ordered fresh fish, two cokes for Grover and I, and a coconut for Chimmy. Shortly after ordering, I regretted my decision as a natural sugar coke, while an equally sublime drinking experience, did not sound as good as coconut. But this is Prainha beach, so when the waiter brought out a coconut for me, I wasn't the least bit surprised. This place is sometimes like the Lost island, without the time travel, frustrating plot, and rotten acting. Speaking of which, does Matthew Fox's range include any emotion other than "angry"? And why don't the "Losties" ever ask "the Others" in season 2 some basic questions like, "What are you people doing on this island? How did you get here? How long have you been here? Why do you say cryptic things to us, and then walk away leaving us shouting as your back at the end of every scene?"

We (I) ate the heck out of the fresh fish when it arrived, along with fish stew, and french fries, and some coconut flavored dessert. We all relaxed and watched the waves and Grover ran away from the table when a few friendly bees joined us for a bit. Grover and I agreed to return. I was under the impression that if I didn't catch a wave prior to returning home, the whole trip would somehow be ruined for all of us.

So we came back a few days later. The forecast called for rain, clouds, and a cold front, but the weather turned to our favor - a little overcast, but still warm, and so Grover commandeered the car, and drove only somewhat more herky-jerky that Gerson or Corina, to the most beautiful beach in the world.

We arrived and it was virtually empty. A few surfers, a few slow moving men hanging out at the surf rental area, and a few Cariocas refusing to believe that Prainha could offer up anything short of heaven on earth.

We grabbed a couple of boards and paddled out, the water even warmer than before. The sesh began with a promising beginning. Grover caught some great rides and I finally learned some patience - standing up when appropriate prior to losing my balance and falling spectacularly into the ocean.

After an hour and a half or so, a particularly promising set rolled in. I paddled until the back of the board began to rise, and stood up and lost my stomach a bit as I fell down the face of the wave, still feet on top of the board. I looked over and saw Grover out of the corner of my eye and realized I had completely cut him off, but knew he wanted me to ride this wave perhaps even more than I did, and I involuntarily let out a whoop of joy, and turned into the face of the wave, and rode that swell until the energy petered out, and I fell face first into the ocean, my smile kissing the water with the knowledge that Prainha had once again delivered a small maricle.

The King has spoken, bra!
Posted by Memento Mori at 10:27 AM